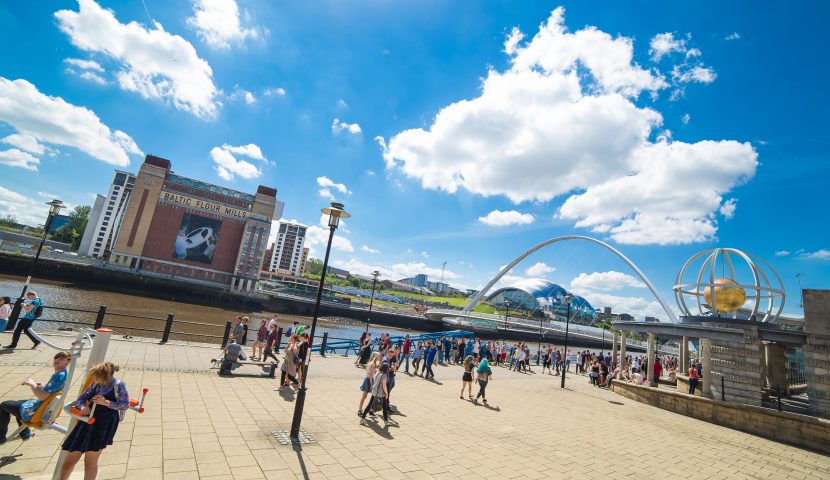 Overall 2016 saw a 3% increase in visitor numbers to NewcastleGateshead culminating in a total of 17.38 million, emphasising the importance of visitors to the wider economy. Tourism continues to be the fourth largest sector in the North East.

Sarah Stewart, chief executive at destination management and marketing organisation, NewcastleGateshead Initiative, said: “It is great news that the number of visitors has continued to increase, as the breadth and variety of what NewcastleGateshead has to offer also grows. This increase played an important part in the opening of over 40 new venues in NewcastleGateshead in 2016 including Live Works, Grey’s Quarter and the new Premier Inn set within the beautiful Art Deco Co-op building, alongside the hosting of major events such as Magic Weekend.

“These events and experiences alongside our ever-evolving food, drink and nightlife offering, which continues to deliver attractive new venues, combine to provide a desirable year-round offer for visitors to NewcastleGateshead. We can see evidence of this with over 5 million people coming through Newcastle Airport and The Port of Tyne in 2016, along with the number of hotel rooms sold increasing 5% alongside the growth in a new accommodation offer from Airbnb.”

Estimated using the Scarborough Tourism Economic Activity Model (STEAM)1, the figures show a significant increase in the value and volume of day visitors with 15.44 million injecting £994 million into the economy, all of which represents a 3% increase on 2015.

The number of overnight stays in 2016 totalled 4.72 million nights, contributing £475m to the local economy.

The tourism industry in NewcastleGateshead continues to be a significant employer with 14,622 people directly employed in 2016, when considering indirect employment in the supply chain this figure rises to 18,580, a 2% increase from 2015.

Early figures for 2017 see a continuation of the upward trend with the number of rooms sold up by 4% and 977,000 people have already visited paid attractions (+2%). New venue openings in NewcastleGateshead so far this year include; Colonel Porter’s and YOLO Townhouse, Vietnamese café VietCafe and the quayside restaurant Dobson and Parnell.

Major events coming up in NewcastleGateshead that will attract even more visitors to the area include; Juice Festival, a festival for families and under-25s taking place during October half term and Freedom City 2017, a cultural programme commemorating the 50th anniversary of Martin Luther King’s receiving an honorary degree from Newcastle University. In 2018 NewcastleGateshead will also host the Great Exhibition of the North, the biggest event in England next year with an estimated audience of 3 million people.

Stewart added: “While visitor numbers were impressive last year, 2017 has already seen figures increase and we have several events coming up that will continue to attract even more visitors to NewcastleGateshead. The Great Exhibition of the North in particular promises to be an incredible event for the region and one that everybody can get behind and support.”