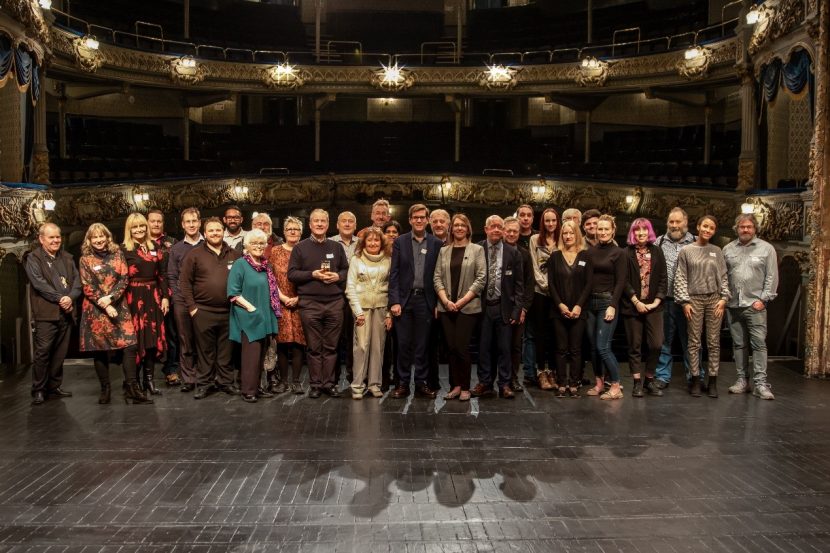 The Tyne Theatre and Opera House are celebrating five years since becoming an independent venue in January 2015. In the five years whilst operating independently, the Theatre has seen significant and growing success which will serve as a firm foundation to build upon into the next decade and beyond.

The Grade 1 listed Theatre was built in 1867 by industrialist and politician Joseph Cowen who envisioned ‘a Theatre for everyone’ during a time of heavy industry when life was hard. The warmth, light and escapism of the Theatre answered a major need for working people.

Over 150 years later, the Tyne Theatre & Opera House continues to hold Cowen’s vision of ‘a Theatre for everyone’ at the heart of their ethos.

Joanne Johnson, Theatre Director, said “We work to create a warm and welcoming space with a varied events programme that offers something to appeal to all. We can’t wait to continue to welcome new and returning audiences to the Tyne Theatre and Opera House in 2020.”

After years of private ownership, the Theatre is now its own charity which took the brave step to set up its own operating company in 2015, with the objective that all funds generated by the operations are now reinvested back into the heritage asset.

The last five years has seen a significant growth in the success of the Theatre with the number of events increasing from 148 in the first year of independence to an average of 224 events per year from 2017 to 2019.

Upcoming events continue to showcase the diversity of the programme and include; the sell out An Evening With Vic and Bob, poet and songwriter Satinder Sartaaj, Status Quo’s Francis Rossi, writer and podcaster Adam Buxton, Strictly Come Dancing favourite Giovanni Pernice, stand-up superstar John Bishop and the annual Tyne Theatre Productions show The Full Monty.
Income from theatre hire has also more than doubled during the five years of independence, as has the number of core staff, from 6 in 2015 to the current 12.

This measurable and significant growth has been made possible by the hard work of the permanent, part-time and casual staff, and the dedicated trustees and volunteers. However, these efforts would be fruitless without the support of first-time and returning audiences. If not for their visits, donations and feedback, the growing success of the Theatre would not be possible.

Demonstrating a commitment to restoration of the listed building, the Theatre has introduced Name a Seat and a Friends’ Club scheme to raise money for refurbishment. Along with a small levy on some tickets and theatre-goer donations, the Trust has been able to refurbish many areas of the Theatre including over 60% of the seats in the stalls and grand circle. Plans are in place to complete the seat refurbishment and refurbish the toilets.
The Trust also runs a very popular Theatre Tours programme and works closely with local community groups, schools, colleges and universities.

Looking ahead, the Theatre hopes to build on its success and continue to run a warm and welcoming venue for the people of Newcastle upon Tyne and surrounding areas.

Michael Wilmot, Chairman of the Trust, has said “These are exciting times for the Tyne Theatre and Opera House which is unique for its lavish auditorium, its world class acoustics and its complete Victorian wooden stage machinery. We are proud to be an independent venue employing our own staff, that now generates sufficient annual surpluses to allow us to reinvest and gradually restore one of Newcastle’s most loved buildings. We are looking forward to continuing to grow our audiences and participation with our beautiful Theatre over the next decade.”