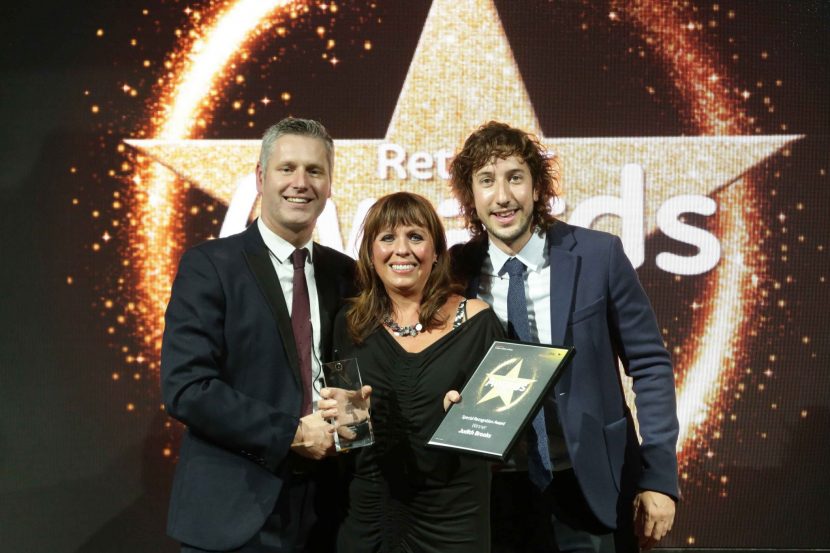 The best retailers, leisure outlets and restaurants at the region’s leading shopping centre were announced at a special award ceremony.

The annual intu Metrocentre Retailer Awards is designed to recognise the achievements of its stores and staff members.

And the winners in 11 categories voted for by the public, along with three special awards voted for by a judging panel, were named at a ceremony at the Wylam Brewery at Newcastle’s Exhibition Park (on Friday 23 Sept).

In an addition to the programme, judges presented a special recognition award to Judith Brooks, manager of Bhs, which closed in August after 30 years of trading at intu Metrocentre.

Over the past 12 months a number of leading big name retailers, such as stationery store Smiggle, Cath Kidston as well as nine new restaurants in the Qube development, have opened at intu Metrocentre, which celebrates its 30th anniversary this autumn.

“Our annual awards, which this year were sponsored by O’Briens, are always fiercely contested and very well supported by the thousands of people who shop, dine at and visit intu Metrocentre throughout the year,” said general manager Gavin Prior.

“I’d like to congratulate all our winners and thank them for making our anniversary year so memorable and special – here’s to the next 30 years.”