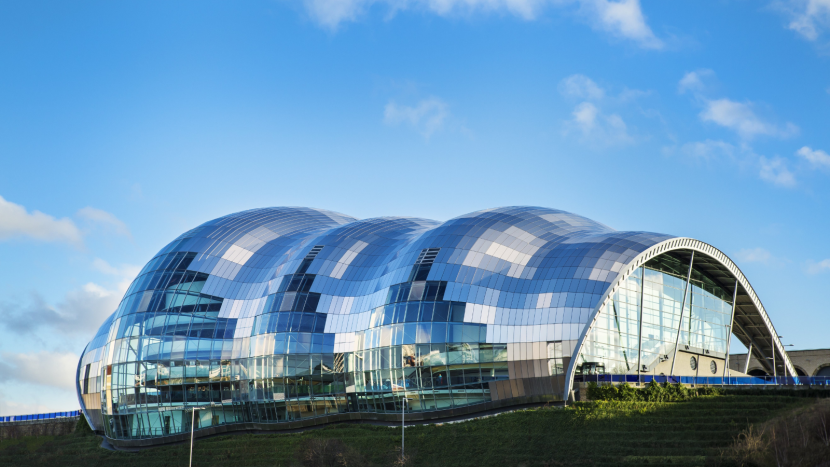 Today launches a campaign to help create a new name and visual identity for the iconic music centre. They’re asking audiences, artists, communities, and all those who feel a connection to the charity to share thoughts, memories, photos and ideas.

People are invited to join in online or at . Their #sgchanges campaign will run throughout the summer with stories shared at sagegateshead.com/changes. The new name will be announced in the autumn – with a new visual identity to come in 2023.

A stunning silvery form on the banks of the River Tyne, has welcomed millions from across the North East and beyond to its building for almost 20 years.

supports and celebrates music of all types, for all ages – from classical concerts with Royal Northern Sinfonia to bands and gigs, from music for children and young people to community choirs. It’s also a home for music learning in the North. The organisation stages over 400 performances a year, learning opportunities for thousands each week, and welcomes 2 million people through their doors annually. It’s contributed an estimated half a billion pounds to the regional economy.

The organisation, which is the largest cultural charity in the region, is changing its name as it approaches its 20th anniversary and looks towards a different future as part of a busier, more complete Gateshead Quays.

A new arena and convention centre is being built at Gateshead Quays and this will become ‘The Sage’, following support from Sage Group plc.

During the pandemic, thousands donated to ‘s Crisis, Recovery and Renaissance campaign, which is on track to raise £3m. Now in recovery, the charity has spent the last year talking to communities about the future of live music. It will unveil a new plan for music-making in autumn 2022 to coincide with its new name.

From today, there are three ways people can have their say in #sgchanges:

Abigail Pogson, Managing Director at said: “As we approach our twentieth year, this is an opportunity for us to affirm who we are, how we want to be known, and what we look like.

“We are one of the most active music charities in the UK, with musical memories made, friendships forged and careers born in our iconic Foster + Partners building and in activity across the region. We want to capture our first twenty years and look to the next twenty together.

“We also want to make sure things are clear for audiences, artists, donors, trusts, foundations and other supporters as the new Sage Arena is built next door. Its addition to the quayside will make Gateshead Quays a unique destination in the UK.

“We hope that you will share your ideas with us over the coming weeks and contribute to the picture of what you value most about us and what our hopes for the future of live music here might be.”