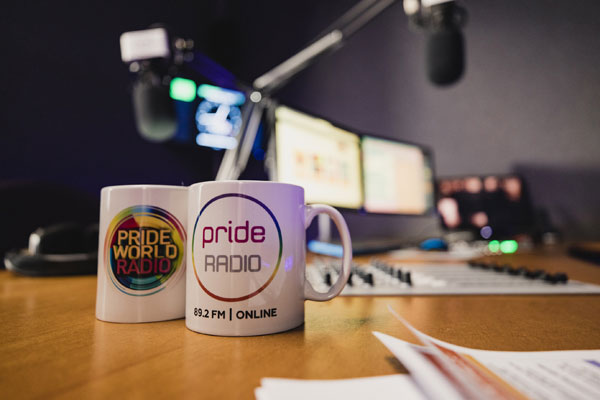 A North East media hub is bursting with pride after being nominated for two industry awards.

LGBT+ broadcaster Pride Radio, based at the Pride Media Centre, at Pelaw, near Gateshead, has been announced as a finalist for the Station of the Year award at the national Community Radio Awards 2019.

And the centre’s Pride Community Network, which aims to provide businesses and individuals in the LGBT+ community with support and opportunities, has also been shortlisted for the Innovation award.

The not-for-profit organisation delivers a number of outreach programmes, including initiatives to reach isolated members of the LGBT+ community and delivering workshops and seminars at schools, colleges and organisations.

The Community Radio Awards celebrates diverse broadcasting and is made up of a panel of industry experts and academics, who received more than 425 entries from across the UK.

Richard Kell, station manager at Pride Radio, is delighted that the station has been recognised for its work.

“We have been on air for just over a year now but have achieved so much within that short time and we are incredibly proud of everything the team has worked on and produced,” said Richard.

“We really feel that we are operating from the heart of the community and we are looking forward to all we can achieve in the years to come.”

“We set up the Pride Community Network as a means of bringing the community together and expanding the services available for LGBT+ people and their allies,” said Peter.

“Whether someone is looking for advice, support on how to operate a more inclusive business or even help with boosting their employment opportunities, we’re constantly expanding the service to allow us to reach as many people as possible.”

The winners will be announced at the Community Radio Awards ceremony, which takes place at the Memo Arts Centre, at Barry, Wales, on 26 October.