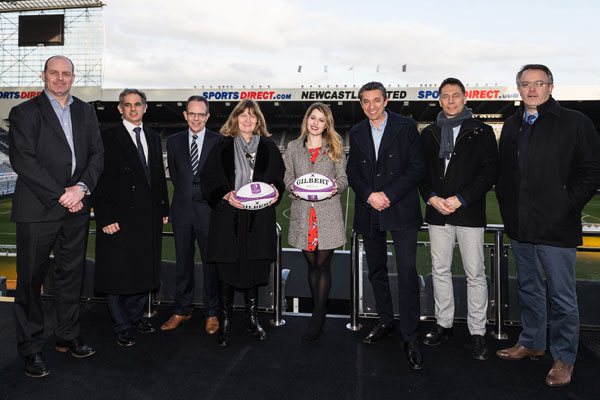 The news forms part of a double announcement which sees the 2018 finals awarded to Bilbao, Spain, with tournament organisers European Professional Club Rugby (EPCR) deciding to make an early decision regarding the 2019 finals based on the strength of Newcastle’s bid.

Combined, they form one of the biggest weekends in club rugby, generating over €20.4m million in total economic impact.

Councillor Nick Forbes, Leader of Newcastle City Council, said: “We’re absolutely thrilled that Newcastle has been named as host city for the 2019 European rugby finals, which is a real coup for the city and the North East.

“A tremendous amount of work has gone into securing this for Newcastle against stiff competition, and it’s paid off.”

“These major games will attract visitors from across the globe, boosting the local visitor economy and showcasing the area to new visitors, many of whom will return with friends and family in future. I’d like to say well done and thank you to all the partners involved.

“2019 is set to be a huge sporting year for the destination as we also gear up to welcome the World Transplant Games. All of this will come hot on the heels of Great Exhibition of the North 2018, and demonstrates once again that NewcastleGateshead is a world-class place to host major events.”