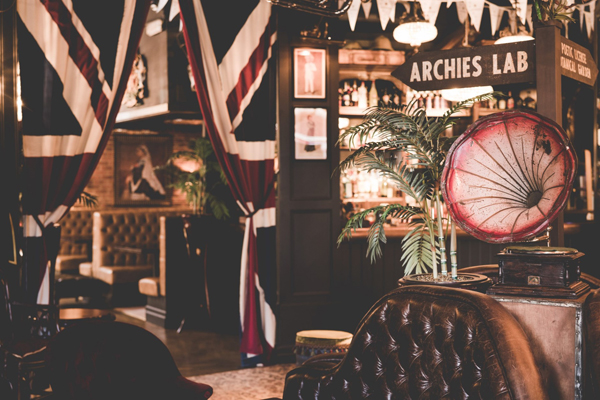 Customers at one of Newcastle’s newest bar restaurants can enjoy a take on classic 1920s cuisine with the launch of a new menu.

Colonel Porter’s Tavern, Botanical Garden and Rhum Bar at Milburn House, Dean Street, has taken inspiration from classic dishes and given them a modern makeover.

The venue, named after Newcastle Brown Ale creator Colonel J Porter, opened its doors in June and has quickly become one of the most popular bars in the city centre, thanks to its unique décor and quirky food and drink.

Head chef Chris Finnigan has used his 14 years of experience working in Michelin-starred kitchens, gastro pubs, brasseries and smoke houses to create an all-new menu which launched this week.

“This is my own personal twist on classic pub grub,” he said. “I have applied the skills and techniques I have learnt over the years to deliver a simple, tasty menu.”

This features a selection of small plates, with delicacies like black pudding bhaji, lobster taco, crackling and sausage roll.

For those looking for something a bit larger, there is a choice of sharing boards, including a pig board which features a selection of sausage related treats, a fish board, and the Porter’s house board which offers a selection of the restaurant’s favourite snacks.

Main meals include a 1lb lobster, traditional favourite beef roly poly, seafood pancakes and Porter’s Parmo, which is also available in a bun as part of the burger menu.

There is also a choice of several desserts including Rhum Baba, sherry trifle, apple and vanilla crumble and ice creams and sorbets.

“Customers can expect simple food cooked really well. I have made a clear point of not over complicating things and have stripped dishes right back,” added Chris. “It’s all about delicious produce and having an appreciation for classic dishes that we all know and love.”

Colonel Porter’s is the latest addition to the Ramside Estates portfolio, which includes Ramside Hall Hotel, Golf and Spa and Hardwick Hall Hotel near Durham.