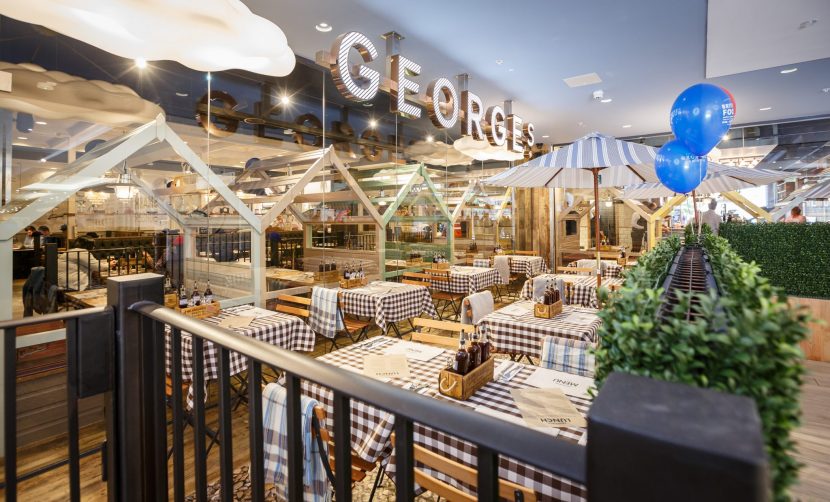 intu Eldon Square is beginning to welcome the first of 20 new restaurants to an innovative dining area in the heart of Newcastle city centre.

The new dining quarter promises an eclectic mixture of cuisine, including tasty breakfasts and indulgent lunches, as well as fine dining and cocktails in stylish surroundings and is open from early until late.

The new restaurants have begun to take up residence, with George’s Great British Kitchen, Giraffe and ASK Italian opening for business this week.

intu has invested £25m in the development of the dining area, refurbishing the original Sidgate and High Friar malls, reconfiguring 80,000sq.ft. of retail space in the shopping centre. Main contractor Sir Robert McAlpine stripped back the space in the summer of 2015, and the redevelopment process has taken a year to complete. New tenants then took ownership of their respective outlets in order to create their new restaurants.

The construction plans include creating a new entrance to intu Eldon Square at Grey’s Monument, where a giant (3.84m x 5.76m) digital screen has been installed, as well as a rooftop terrace overlooking the statue of Earl Grey and the city centre which will house celebrated Thai restaurant, Chaophraya.

The Monument entrance to the new dining area is in close proximity to the Grey’s Monument statue, hence the name Grey’s Quarter. It was built in 1838 in the centre of the city, and erected to acclaim Northumberland’s Earl Grey for the passing of the Great Reform Act of 1832. The statue stands at the head of Grey Street, at the focal point in the heart of Grainger Town, the historic heart of Newcastle upon Tyne with 40% of buildings in the area being listed as being of historical and architectural importance.