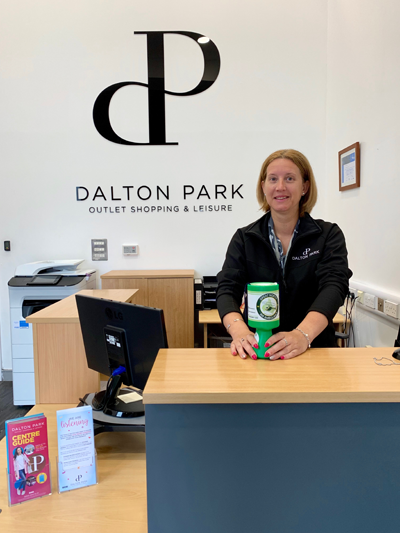 Volunteers from the Great North Air Ambulance Service are flying high after being selected as Dalton Park’s charity partner!

The charity, which attends major trauma incidents across 8,000 square miles in the North East, Cumbria and North Yorkshire, receives no government funding and relies on grant funders, the public and organisations to help them raise the £5.17million they need annually.

They take over from outgoing charity, The Sick Children’s Trust, which has received over £15,000 from the centre since the start of its partnership in 2012.

Jerry Hatch, Centre Manager at Dalton Park, said: “We are thrilled to be partnering with the Great North Air Ambulance for the next 12 months. They provide a life saving service with doctor led crews in a wide range of terrains from the mountains to the city centres.

“I am sure our customers will once again support our efforts in raising much needed funds.”

Hannah Powell, of the Great North Air Ambulance Service, added: “Our crews work round the clock to help people and as this demand for our services continues to increase, so too do the associated costs.

“Being chosen as Dalton Park’s Charity of the Year not only raises funds, but increases the awareness of our service, which is vital for the future.

“We look forward to working with the team for the next 12 months.”

The Great North Air Ambulance Service brings pioneering pre-hospital care to the scene, rescuing hundreds of severely injured or ill patients every year. In 2018 they were called out 1,173 times and had 33,414 donors.