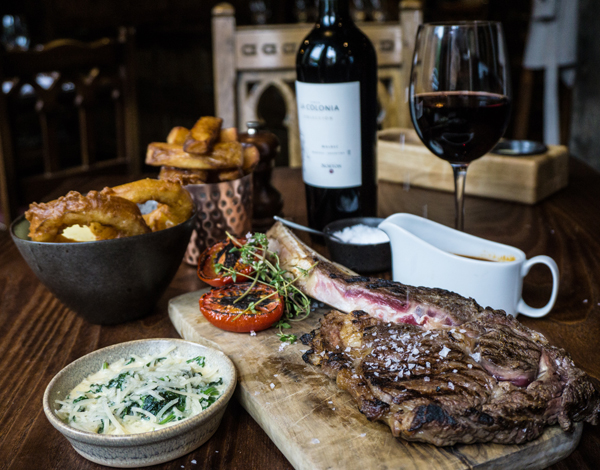 Blackfriars Restaurant is getting summer-ready with the launch of its new menu following a major refurbishment.

The new summer menu is the first new menu be served at the restaurant since the completion of the renovation in April 2017 and show cases a range of new dishes in the region.

Owner Andy Hook, who has been at the helm of Blackfriars for 15 years, has dedicated the past four years to an ambitious scheme to refurbish the restaurant space and to renovate several empty areas of the historic venue – including the Parlour, library rooms, Smiths Hall, Tanners Guild Rooms and Dormitory Rooms.

He said: “Our new summer menu is rather special, as it’s the first menu to be served in our newly revamped restaurant, and marks the successful completion of our hard work in renovating these fantastic medieval spaces. Our head chef Chris Wardale has carefully devised a number of creative, seasonal dishes to showcase the region’s produce.
“It’s been a very exciting year so far, and the launch of our summer menu is the icing on the cake. We can’t wait to hear what guests think.”

When guests arrive at Blackfriars, they can now relax in The Parlour Bar next to the restaurant, which was originally the heated waiting room for visitors to the complex and is now a unique setting where guests can enjoy a drink before their meal or relax with coffee afterwards.

Other renovations include the rooms above the restaurant include a larger Workshop space and new wine, beer and whisky Tasting Rooms,

The team at Blackfriars also opened Hinnies Restaurant in Whitley Bay in February 2016, and most recently Dobson and Parnell in December 2016, which offers refined British and European food on Newcastle’s Quayside.