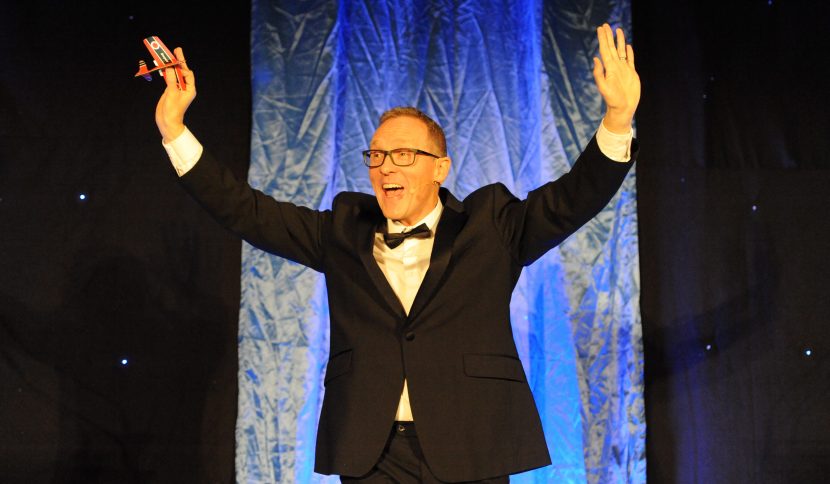 The North East England Tourism Awards celebrate the best in the industry, highlighting what the North East has to offer visitors and giving winners the opportunity to compete on a national stage at VisitEngland’s Awards for Excellence.

“The North East England Tourism Awards showcase the very best in the region, celebrating the success of our thriving tourism sector and accelerating them onto a national stage. The Awards also reinforce the importance of the tourism industry as a key part of the continued success of the North East – contributing £4bn annually into the local economy and supporting over 55,000 jobs.
“As the region looks forward to welcoming both the Great Exhibition of the North 2018 and The Tall Ships Races 2018, now is the time for tourism businesses to really shout about their exceptional offerings. I encourage all of the region’s tourism businesses, from hotels and pubs, to eateries and attractions, to seize this opportunity and to enter this year’s awards.”
The North East England Tourism Awards, which are free to enter, are organised and delivered by destination marketing agency NewcastleGateshead Initiative in partnership with other members of the Northern Tourism Alliance and local authorities across the region. Submissions close at 4pm on Friday 1 September. The glittering awards ceremony will take place on Thursday 16 November 2017 at The Boiler Shop in partnership with Crowne Plaza Newcastle, Stephenson Quarter.

Ellen Deboeck, General Manager at Crowne Plaza Newcastle – Stephenson Quarter, said:
“It is an honour to have been selected as the host venue for this year’s North East England Tourism Awards. We are strong supporters of the awards, so it is fantastic to have the opportunity to stage the ceremony at The Boiler Shop in partnership with Crowne Plaza Newcastle, Stephenson Quarter. We look forward to welcoming everyone here to the awards in November.”
Winners at the North East England Tourism Awards will have the chance to compete nationally at VisitEngland’s Awards for Excellence. Earlier this year, five North East businesses went on to see success nationally following the 2016 Awards. Battlesteads Hotel & Restaurant and St Cuthbert’s House both came away with gold, whilst Rockliffe Hall Hotel, Golf & Spa, The Tankerville Arms, and Beamish, the Living Museum of the North, were all finalists.

“Winning three golds at the North East Tourism Awards was a fantastic achievement, and to then go on to win the national VisitEngland Award for Excellence for Sustainability was really the icing on the cake. Over the past 10 years we’ve worked hard to create a sustainable tourism experience that provides inspiration to both our guests and the rest of the hospitality industry, as well as encouraging more people to visit the North East, and it’s fantastic to see that rewarded with the recognition from the tourism awards.”

Northumbrian Water are supporting the awards for the sixth consecutive year, joined by Newcastle College and Bidfood as event sponsors for 2017.
David Hall, head of leisure, strategy and transformation at Northumbrian Water, said:
“As sponsors of the North East Tourism Awards for the sixth year in a row, we are proud to play our part in supporting the hard working tourism industry here in the North East.
“As the lead partner in the Kielder Water & Forest Park Development Trust, tourism is hugely important to us, and these awards are a fantastic chance to show our appreciation for all the businesses, organisations and initiatives that together have helped to put the region firmly on the tourist destination map.”

“We are delighted to be sponsoring the North East Tourism Awards. Newcastle College play a key role in the regional tourism industry, with many of our students going on to work in the sector. Our fantastic partnerships within the local sector have also enabled our students to experience working within some of the best hotels, restaurants and resorts that the region has to offer.

“This is a great opportunity to support the growing tourism industry here in the North East, and to celebrate the achievements and successes of all the tourism and hospitality businesses, organisations and initiatives that make the region such a great place to live, work and learn.”

Jane Stewart, General Manager, Bidfood North East said: “We are delighted to be sponsoring the North East Tourism Awards this year for the first time. Bidfood’s North East depot plays a key role in supplying to the tourism industry, with many of our own customers working within the sector.

“Tourism is hugely important to us, and we are immensely proud to support and celebrate the very best in our region and showcase the North East as a great tourist destination.”

More information on the North East England Tourism Awards can be found at www.NorthEastTourismAwards.com, where applications are available to download.

The Northern Tourism Alliance is a collaboration of the region’s tourism bodies who work together on projects that will benefit the tourism industry across the region. The founding members of the alliance are NewcastleGateshead Initiative, Northumberland Tourism, Visit County Durham, and The North East Hotels Association. The North East England Tourism Awards are also supported by South Tyneside Council and North Tyneside Council.