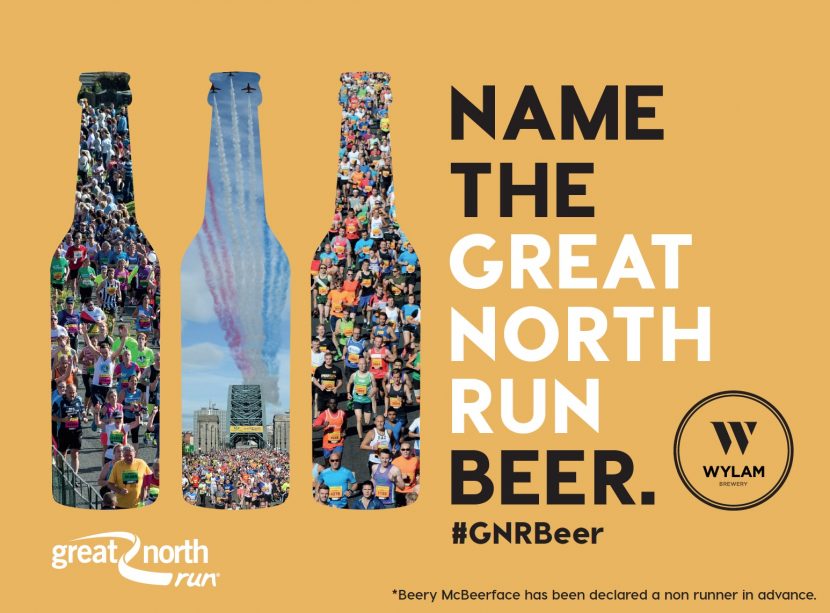 Wylam Brewery have announced their partnership with the Great North Run in producing a bespoke beer for this years GNR and you have the chance to name it.

‘It’s a real honour to have been asked to brew an official beer for this years Great North Run. Being a Newcastle brewery we understand the huge significance of the event which is a major highlight in the calendar for the region’

The beer will be a highly quaffable 4.2% Pale Ale, the perfect thirst quencher for beer aficionados participating in the event.

It will be available on Keg and in 330ml Ltd Edition Bottles in the Wylam Brewery Craft Beer & Street Food Village which will be located after the finish line at Gypsies Green for those looking to enjoy a post run tipple.

‘We would like to give runners and interested parties the opportunity to name the beer and we are asking people to tweet their ideas using the hashtag #gnrbeer. We will then narrow it down to five contenders and run a poll on social media to decide the winner.’

Mark Hollinshead, Chief Executive of the Great Run Company commented “We are delighted to welcome local company Wylam Brewery to become part of the Great North Run finish line celebrations and we are certain that the naming of the beer will see some highly creative suggestions!”

The #gnrbeer competition will run on Twitter for 7 days with the poll of the last 5 then being announced.