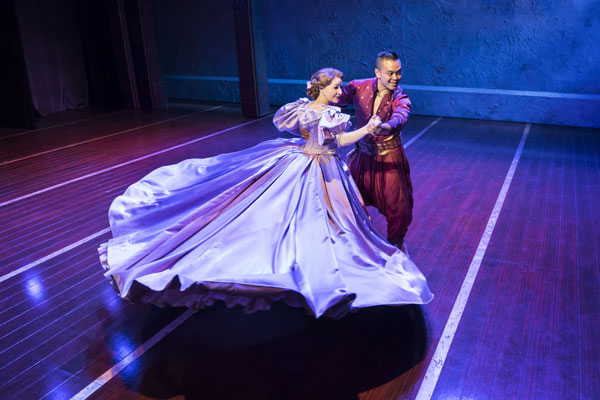 Following the critically acclaimed Broadway smash hit run of the THE KING AND I and its box office sold out record breaking season at the world famous London Palladium, multi Tony Award winning production is embarking on a major UK tour with a date at Sunderland Empire 5-15 June 2019.

Reprising his critically acclaimed Broadway performance as The King will be Jose Llana and performing as Anna, fresh from her West End success, will be Annalene Beechey.

Set in 1860s Bangkok, the musical tells the story of the unconventional and tempestuous relationship that develops between the King of Siam and Anna Leonowens, a British schoolteacher whom the modernist King, in an imperialistic world, brings to Siam to teach his many wives and children.

With one of the finest scores ever written including: Whistle a Happy Tune, Getting to Know You and Shall We Dance, featuring a company of over 50 world-class performers, and full scale orchestra, THE KING AND I is a testament to the lavish heritage of gloriously romantic musical theatre – it is the greatest musical from the golden age of musicals.

What audiences can expect from this glorious production – did you know:

Acclaimed Tony Award-winning Bartlett Sher will once again direct the production and be reunited with the celebrated creative team that brought this majestic production of THE KING AND I  to life at the Palladium earlier this year.