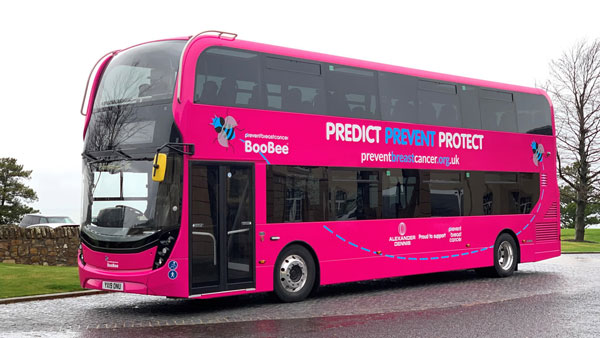 A bright pink ‘BooBee’ bus, as seen on ITV’s ‘Lorraine’ and which started operating in Manchester throughout Breast Cancer Awareness Month, has now arrived in the North East to further highlight the great work of the UK charity who are committed to the prevention of the disease.

As well as helping to communicate a serious message and support a great cause, the type of bus underneath its pink exterior is being trialled by the company with the view of buying new buses for these routes in the future.

“With 1 in 9 women developing breast cancer in their lifetimes, most of us know someone who has been affected by the disease.

“We hope that by bringing the campaign to the North East we can raise awareness of the early signs of breast cancer, which can help predict and prevent the disease.”