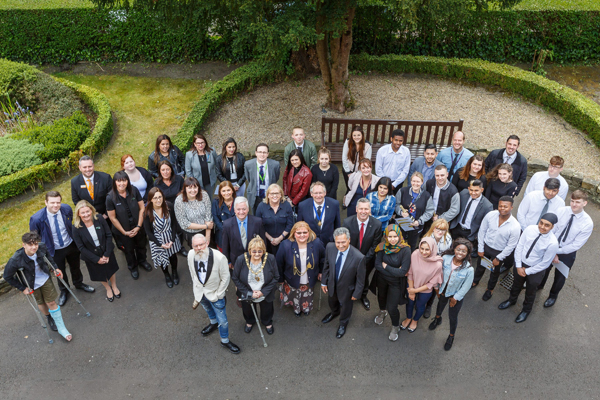 Hard-working pupils from throughout the region have been working with intu Eldon Square and intu Metrocentre to learn from the best about working in the retail and hospitality sectors.

The Retail Gold ‘Class of 2017’ celebrated their success with a ceremony at The Mansion House, Newcastle, attended by graduates, teachers, and retailers. They were delighted to welcome the Lord Mayor of Newcastle, Councillor Hazel Stephenson, the Mayor of Gateshead and Councillor Pauline Dillon. Newcastle based international theatrical designer Paul Shriek also spoke at the event about his foray into retail and how the experience shaped his working career.

Since 2005, world class Retail Gold has placed more than 460 students with 20 different retailers at both intu Eldon Square and intu Metrocentre, and they learn what work is really like, but do so in an environment that is supportive and professional. The programme forms part of students’ BTEC studies for Retail, Business and Work skills, and enables young people to develop key employability skills, raise self-confidence and gain a thorough insight into all aspects of working in retail.

During the academic year 2016/17, students from Newcastle, Gosforth Academy and  Excelsior Academy, Thorp Academy in Ryton and Kingsmeadow Community School in Dunston have been attending weekly work placements at a wide variety of stores at intu Eldon Square and intu Metrocentre, including Debenhams, House of Fraser, John Lewis, and WH Smith.