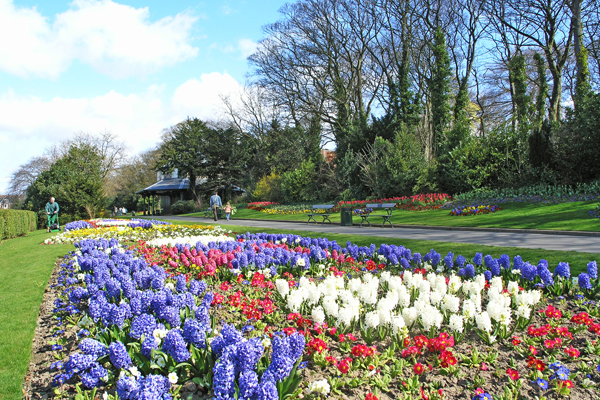 Gateshead’s Saltwell Park has been declared one of the 10 most popular parks in the UK.

More than 73,000 park goers from throughout Britain nominated their favourite park in a competition organised by Keep Britain Tidy to discover ‘The People’s Choice’.

When the votes were counted, Saltwell Park was found to have had sufficient votes to place it among the top 10 in the country – and the only park in the north of England to be chosen.

Keep Britain Tidy had already awarded 1,799 Green Flags to a variety of parks and open spaces in Britain this year, but they were keen to discover who the public thought were the ‘best of the best’.

“This is a huge accolade. We had already been honoured this year with another Green Flag, but for us to be considered one of the ten best parks in the UK is truly fantastic.

“Saltwell Park is considered to be one of our crown jewels and is one of our most popular local attractions, with hundreds of people visiting every day.  But maintaining this fantastic space is not easy, and with fewer and fewer resources available it’s one which the council is finding ever more difficult.

“However, our small team of park staff do a great job and they are ably supported by a very active Friends of Saltwell Park group who I know work tirelessly to keep our much-loved park at its peak. This award is as much a recognition of their efforts as our own, and I’d like to thank them and everyone who cast their vote for Saltwell Park as their People’s Choice.”

The Green Flag Awards are run by Keep Britain Tidy, under licence from the Department for Communities and Local Government. Keep Britain Tidy is a leading environmental charity that cares for the environment on your doorstep. It works to improve parks and green spaces, eliminate littering and reduce waste, and operates the Green Flag Award for parks and green spaces and the Blue Flag/Seaside Awards for beaches.