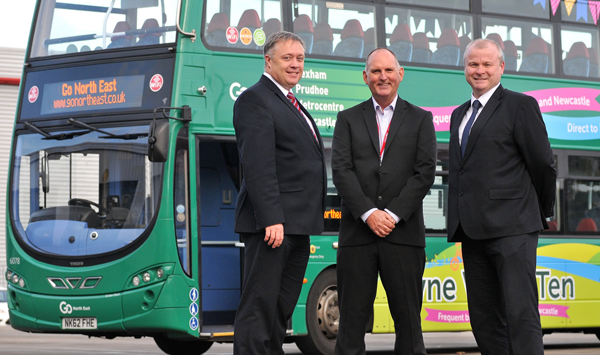 The revolutionary programme was created by the organisations, in partnership with the Jobcentre, as a way of improving the recruitment process for the unemployed. Of the 250 learners who have undertaken the programme, success at interview has risen from 27% to 76% and learners gaining employment has increased from 9% to 44%.

Go North East and Gateshead College join a total of 48 recipients from a wide range of sectors in achieving the prestigious Princess Royal Training Awards standard of excellence in training.

The announcement follows the adjudication of the Princess Royal Training Awards Commission, composed of seven leading figures in the business and learning & development community and HRH The Princess Royal, who is the President of the City & Guilds Group.

Keith Robertson, Recruitment and Training Manager at Go North East, said: “It’s an honour for Go North East to be recognised as having one of the UK’s best workplace learning programmes.

“The hard work that our recruitment and training team have put in to deliver this programme has received the recognition it deserves. They play a vital role in getting unemployed people across the region back into work, with the help of Gateshead College and the Jobcentre.”

“The whole point of investing in skills is to strengthen the performance of your business and the Bus Driver Routeway is a fantastic example of one which does just that as well as creating real opportunities for local people. Congratulations to everyone involved.”