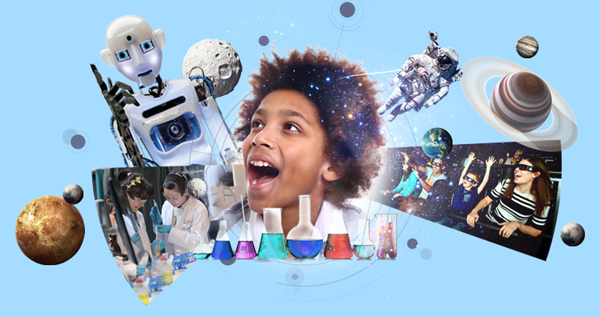 Robots – then and now, developed by the Science Museum in London, tells the 500-year, work in progress story of building automated machines, from the humble beginnings of 16th century mechanical automatons to the latest humanoids – and everything in between.

The new exhibition is included in the admission ticket to Life Science Centre, along with hands-on zones for learning through creative play, educational shows in the Science Theatre and the planetarium, and a thrilling journey on the 4D Motion Ride*.

Robots – then and now features more than 100 exciting objects from the world of robotics, including a small number of interactive robots. Come face to face with the fist-bumping Pepper robot and a Robothespian, who can quote lines from famous films.

There’s also plenty to fascinate sci-fi fans, including a T800 Terminator used in the film Terminator Salvation and the Maria robot from Fritz Lang’s 1927 film Metropolis.

*Please note, you must be at least 1.2 metres in height to use the 4D Motion Ride.