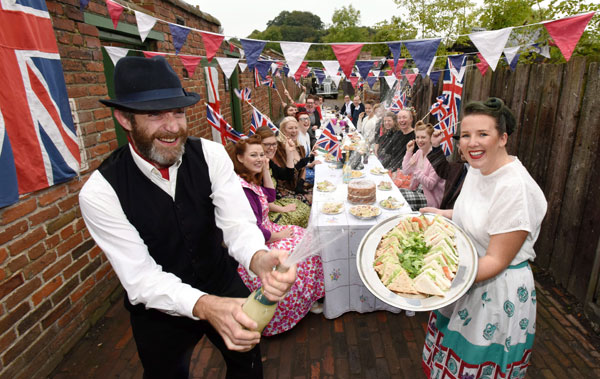 Staff and volunteers are celebrating after breaking the 700,000 visitors milestone for the first time in the museum’s 46 year history.

Visitor numbers in December were up by an amazing 38 per cent on the previous year. Figures have more than doubled since 2008, making Beamish the region’s most popular paid-for visitor attraction.

The news rounds off an amazing year for the County Durham open air museum, which was awarded £10.9million by the Heritage Lottery Fund for its Remaking Beamish project, to feature a 1950s Town, farm and Georgian coaching inn.

Beamish was also named Large Visitor Attraction of the Year for the third year in a row at the North East England Tourism Awards 2016.

In 2016, Beamish opened JR & D Edis Photographers and W Smith’s Chemist in its 1900s Town. Other recent additions include St Helen’s Church, from Eston, near Middlesbrough, which was saved from demolition and restored, and Herron’s Bakery.

Work is due to start on the £18million Remaking Beamish project this winter, with more than 30 new exhibits set to be added to the museum over the next four years. The 1950s Town will include a working cinema, community centre, homes, shops and a bowling green and pavilion. The former Spennymoor home of artist Norman Cornish will be replicated, including the studio he donated to Beamish. Aged miners’ homes will provide a pioneering centre for older people including those living with dementia.

Visitors will be able to stay overnight in a Georgian coaching inn and The 1820s Landscape will be expanded to include industry such as Joe the Quilter’s cottage, a blacksmith’s, pottery, candle house and windmill.

An upland farm has been moved stone by stone from Weardale and will tell the story of rural life in the 1950s.

The Beamish Unlimited Pass allows visitors to pay once and return free for a year, including daytime events.

For more information about 2017 at Beamish, visit www.beamish.org.uk.