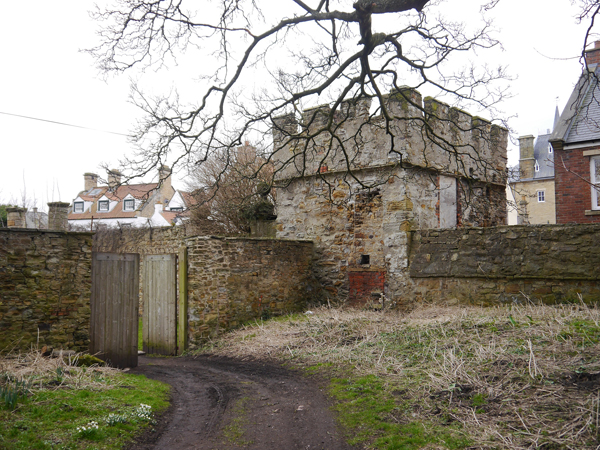 One of the oldest structures in County Durham could be given a new lease of life if plans are approved.

An application has been submitted to Durham County Council to conserve the Grade I listed West Mural Tower in the grounds of Auckland Castle, Bishop Auckland and bring it back into use as a learning and education space.

The tower, which is believed to date back to the 15th century, was originally built as a defensive gatehouse in the western wall surrounding Auckland Castle, when it served as a private palace for the Prince Bishops of Durham.

After falling into disrepair over the centuries, the tower was made safe in recent years, with The Auckland Project working in partnership with Durham County Council and Historic England to prevent any further damage and consider its long-term future.

Now, with support from all three organisations, plans have been developed to repair and refurbish the historic structure and give it a new purpose for the surrounding community.

Plans for repairing and refurbishing West Mural Tower have been drawn up for The Auckland Project by Hexham-based Doonan Architects, which specialises in working with historic buildings and conservation projects.

Proposals include using original materials from the tower wherever possible, as well as reinstating several windows and the original gateway out to Silver Street, although this will not be used as an access route for visitors.

If these plans are approved by Durham County Council work would likely begin at West Mural Tower in late summer following a tender process to appoint a suitable contractor, with a view to the building being in use by early 2019.

The Auckland Project is offering a small group of volunteers the opportunity to be closely involved in following the restoration through to completion, with an invitation to attend participative briefings and discussions and potentially take part in activities alongside the appointed contractors.

Anyone keen to know more is asked to register their interest by e-mailing Liz Dollimore, Head of Learning at The Auckland Project, at liz.dollimore@aucklandproject.org by Friday 29 June.  Applications will be open to those aged 16 or over.

The repair and refurbishment of West Mural tower forms part of The Auckland Project’s ambition to create a world-class visitor destination in Bishop Auckland and to use heritage and art as a means of reinvigorating the town with opportunities for employment, education and training. More than £130m has already been committed to bringing this to fruition.