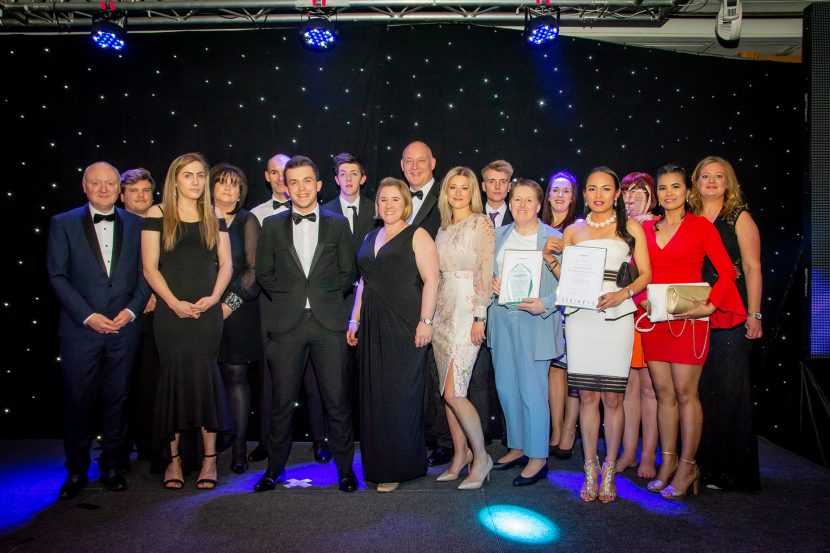 The brightest stars in the North East hotel industry have been honoured at a prestigious awards ceremony in Newcastle.

Over 400 employees from hotels across the region gathered for the eighth annual North East Hotels Excellence Awards 2018, at the Newcastle Marriott Hotel Gosforth Park.

The awards, organised by the North East Hotels Association (NEHA), are a celebration of the outstanding people working in the region’s best-known hotels and the exceptional service they provide to guests and their local communities across ten categories.

They included the Service Excellence award, which was won by Ellen Casement from Marriott Durham. Ellen said: “I’ve worked in hospitality for 17 years and love meeting new guests and really getting to know the people that stay with us regularly. Tonight has been one of the best nights of my life, to be nominated by my colleagues was fantastic and winning is a dream come true.”

The Rising Star award was presented to duty manager Tom Pallister from Ramside Hall in County Durham, who joined the hotel three years ago, aged 17 as a waiter. He said: “I genuinely love my job and work with an amazing team at Ramside. It’s a real honour to win against such strong competition and I’d like to thank the team and my operations manager for believing in me.”

A key award of the night was for Community Excellence which went to Myckala Smith at Rockliffe Hall.  Other awards included Support Services, won by James D’Olier at Jury’s Inn Newcastle, Health & Wellness excellence was presented to Ian Walton at Matfen Hall and Lottie Haylock, accommodations and commercial manager at the Grey Street Hotel in Newcastle, was presented with the Inspirational Leader award.

The North East Hotels Association (NEHA) is now believed to be the biggest in England, reflecting its importance to the regional economy.

Lisa Crocker joint chair of the NEHA and general manager at Staybridge Suites Newcastle, said: “The Excellence Awards are a great platform to recognise the huge range of talent in our sector. It’s important to showcase and celebrate the people who go the extra mile every day to provide outstanding customer service, demonstrate their potential and work so hard to make the North East hospitality industry so successful.”

Louise Harbottle from Rockliffe Hall and Manuel Prado from Jesmond Dene House competed against 11 finalists from hotels across the region to win the challenge after taking part in an intense cook-off at Newcastle College’s Chef’s Academy.

Their individual dishes were judged by industry experts including former North East Chef of the Year David Kennedy, Ben Crosby, director of Crosbys and Phil Pringle, lecturer and course leader in food and hospitality at Newcastle College.