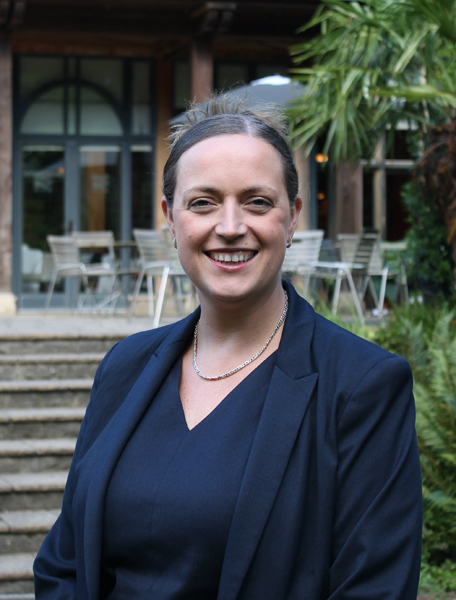 Newcastle’s only independent luxury hotel has appointed its youngest General Manager – and it’s a woman. Leanne Cheek, 35, is only the third General Manager in Jesmond Dene House’s 13-year history. Women are not unknown at this senior level but it’s a rarity at the luxury end of the hospitality market.

Lancashire-born Leanne, who joined the hotel in July, was overwhelmed when offered the job. “I thought it was too big, then quickly realised it was too good to turn down,” she says. “It’s a big challenge, but brings together all my experiences.” Leanne believes there are four key strengths a good General Manager needs: attention to detail, strong leadership, good communication and a warm personality. She doesn’t feel there’s any difference between women and men, adding: “I’ve worked with women who feel they have something to prove. But you can build respect by being a good leader.”

Growing up near Blackburn, Leanne was introduced to the hospitality business through a family friend who was Head Chef at the famous Le Manoir aux Quat’Saisons near Oxford. She loved the excitement and the social aspects, and was prompted to study International Hospitality at the University of Central Lancashire.

There have been few areas of the business in which Leanne hasn’t worked, from pot-washer to waiter, housekeeper to restaurant manager, receptionist to event organiser. And in everything from a pub to a big international hotel in Baltimore, USA, to the Michelin-starred Northcote in Lancashire. By 26 she’d landed her first General Manager position, overseeing the opening of a gastropub. She and her chef husband, Chris, moved to the north east in 2015 to be closer to Chris’s family, and together ran the brand-new wedding venue, Healey Barn, at Riding Mill, Northumberland.

Her aims with Jesmond Dene House are to further develop it as a destination hotel and restaurant, the latter now headed up by Great British Menu contestant Danny Parker. “I want people to come to stay for Danny’s food and the experience of the hotel, rather than because it’s somewhere to sleep,” she says. “This isn’t just another four-star hotel; it has real individuality.”

The hotel’s Managing Director, Peter Candler, admits it’s a tough job but feels Leanne is more than capable. “The hotel needs someone who is hands-on, is unfazed by the unexpected and who encourages staff to play to their strengths,” he says. “Leanne is also keen to be out and about around the hotel, meeting guests. To me, that’s key to giving a hotel warmth and personality.”