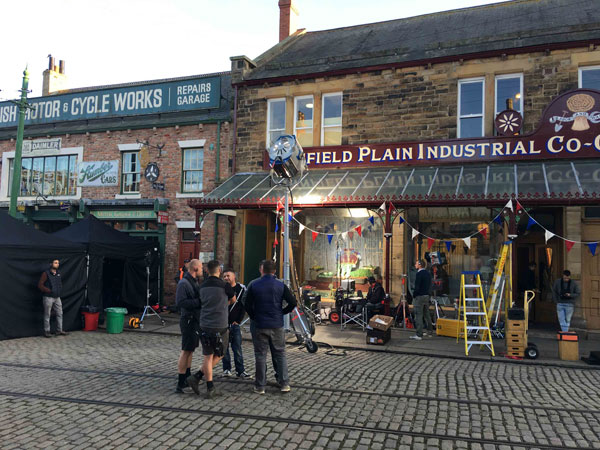 Beamish, The Living Museum of the North is delighted to have been a location for the new Downton Abbey movie.

The museum welcomed stars of Downton Abbey for the filming of the highly-anticipated movie, which is released this Friday (13th September) in the UK.

More than 100 cast and crew came to Beamish in October last year for filming, which involved some of the museum’s staff and period vehicles.

The County Durham open air museum also featured in the last ever episode of the global hit TV series Downton Abbey, the Christmas special in 2015.

Rhiannon Hiles, Beamish’s Deputy Director, said: “We were thrilled to welcome Downton Abbey’s cast and crew to Beamish Museum for filming for the new movie.

“Our wonderful open air museum brings history to life so it was great to be included as a location for the new Downton Abbey film and it was exciting to have some of our staff and period vehicles involved.

“We’re really looking forward to seeing the Downton Abbey film when it is released in the UK this Friday.”

The multi-award winning Downton Abbey TV series was watched by millions of viewers worldwide and followed the lives of the Crawley family and the staff who worked for them in the early 20th century.

Julian Fellowes, who created Downton Abbey, wrote the screenplay for the film, which was directed by Michael Engler.

The Downton Abbey movie is produced by Carnival Films, and will be released by Focus Features and Universal Pictures International.