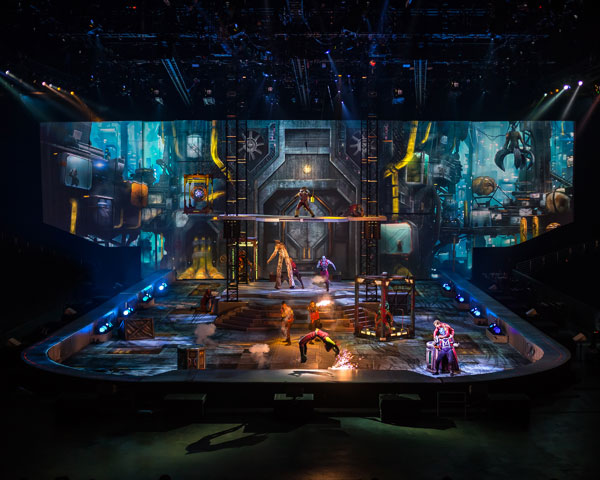 A brand new UK tour featuring Guardians of the Galaxy and more than 20 favourite Marvel Super Heroes and Villains!

Following a successful first UK tour, Marvel Universe LIVE! makes its Newcastle debut with an all-new storyline and never before seen characters in one epic battle of good versus evil.

Super Heroes and villains from the Marvel films and comic books are set to thrill Newcastle audiences for the first time next year when they arrive in the city for a series of spectacular shows.

Super Hero action, thrills and drama will soar, smash and burst into Utilita Arena in 2019 as part of a Marvel Universe LIVE! tour.

In this all-new production, produced by Feld Entertainment, Marvel fans will see Spider-Man, The Avengers and the Guardians of the Galaxy join forces with Doctor Strange, master of the mystic arts, in a race against time to recover the Wand of Watoomb before it falls into Loki’s hands.

Maarvel Universe LIVE will make its Newcastle debut at the city’s Utilita Arena from 21-24 November 2019.

The audience will witness cutting-edge special effects, pyrotechnics, and impressive 3D video projection mapping in this completely new thrilling adventure. With aerial stunts, martial arts and daring motorcycle skills, fans of all ages will be immersed in the Marvel universe in a show unlike anything they’ve ever seen before!

The show has already proved a smash hit in the US and audiences will witness cutting-edge special effects, pyrotechnics, and impressive 3D video projection mapping in this completely new thrilling adventure.

With aerial stunts, martial arts and daring motorcycle skills, fans of all ages will be immersed in the Marvel universe in a show unlike anything they’ve ever seen before!

Called on by Doctor Strange, the Guardians of the Galaxy join Marvel Universe LIVE! on a momentous crusade against the scheming Nebula who teams up with the conniving and loathsome villains Loki and Green Goblin.

The incredible superhuman forces of Iron Man, Thor, Black Panther, Hulk and Black Widow will unite in clashes that pit student against mentor, sister against sister and brother against brother.

“Our tremendously talented creative team and a nearly super human cast, have created a show that brings Marvel to life,” said Juliette Feld, producer of Marvel Universe LIVE! “The show creates an experience that immerses families in non-stop action, creating movie-style thrills and jaw-dropping stunts that showcase the powers of your favourite Super Heroes right before your eyes.”

Audiences will be left on the edge of their seats as they witness the outrageous stunts and fight sequences in a truly memorable experience that puts fans at the centre of the action. The show will be flying into Newcastle’s Utilita Arena from 21-24 November, 2019.