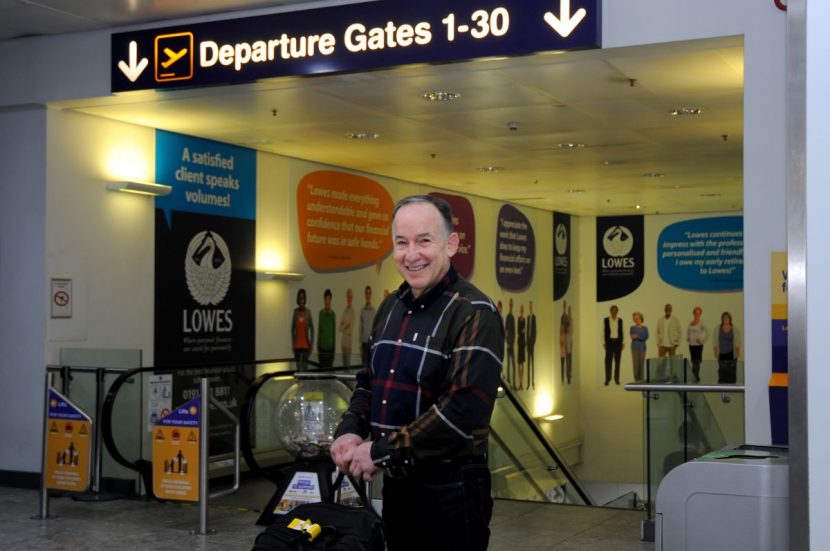 A businessman who takes around 150 flights a year has said that the addition of Lufthansa at Newcastle International Airport will save him hours of precious time he would usually spend commuting per year.

Richard Swart, Global Sales and Quality Director at Berger Closures, praised the new route which will fly from the North East’s largest airport to Munich from February 3rd 2020 – saying it will significantly cut the amount of time usually spent on commuting.

As well as having Berger Closures in Peterlee, County Durham, the company which designs and manufactures metal closing rings, has its holding company headquarters in the centre of Munich, as well 15 other locations around the world

‘Frequent flyer’ Richard, who takes approximately 150 flights a year, said: “We are a German multi-national corporation with headquarters in Munich so we have many meetings there through the year.

“The new Lufthansa route will make this much easier and save a lot of time, it will probably save around half a day each time we use it as this is how long it often takes to connect.

“Munich as an airport is good for global connectivity and gives a more open choice for people starting their journey in Newcastle.

“Being able to connect onwards with Lufthansa will also make life much easier, as we often have meetings all across the world.

“The city of Munich itself is also very charming and historic, and is one of the best places to visit in Germany for a city break.”

Historically, passengers wishing to travel to Munich would need to connect via one of Newcastle Airport’s hubs, including Paris or Amsterdam. From the 3rd February 2020 passengers will be able to take advantage of the two hour direct flight to Munich six times per week, departing Newcastle Airport at 1340 and arrive in Munich at 1640.

With fantastic connections the new flight also opens passengers to Lufthansa’s worldwide network of 140 destinations in over 45 countries – including Athens, Milan, Budapest and Berlin.