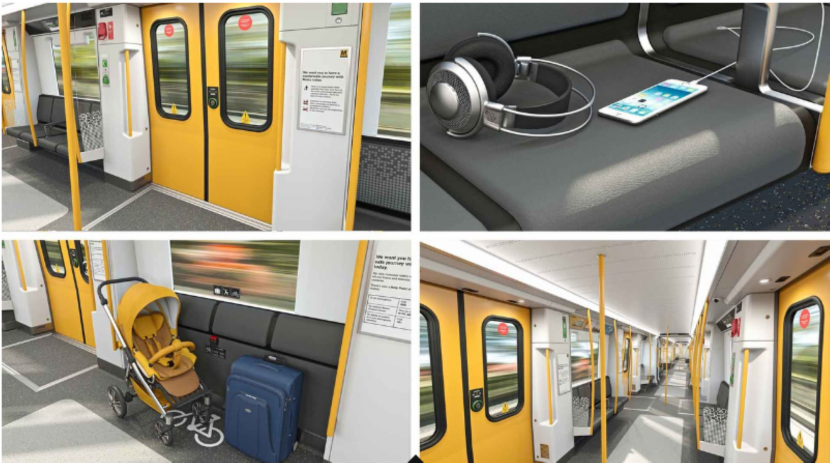 An “immersive” full-size replica of the new Metro trains will be going on tour around the North East later this year.

Passengers will be able to get their first up-close look at the modern carriages when a fully kitted out mock-up is taken around the region.

It was revealed last week that Swiss firm Stadler will be building the new £362m fleet, which should be 15 times more reliable than the current Metro stock.

Although the first of the new trains won’t be arriving on our tracks until 2022, commuters will be able to get a sneak peak at some of their features this summer.

In a series of roadshows across the Tyne and Wear area, passengers will have the chance to experience the layout of the trains, walk through a carriage, and try out the new seats.

The new fleet will have wider aisles and linear seating similar to the London Underground, as well as other upgrades like USB charging points, wifi, air conditioning and digital information screens.

Passengers will be able to share their opinions on the new design with Metro operator Nexus, so that any changes needed can be reported to Stadler’s factory in Switzerland.

The exact dates and locations of the roadshow events are yet to be confirmed, but they are expected to start in late summer and continue through the autumn.

Huw Lewis, Nexus’ customer services director at Nexus, said: “Metro is getting world class trains and we want our passengers to experience them as soon as possible.

“We are taking a full-sized replica of the new train on the road later this year so that people can see for themselves what the trains are going to look like, inside and out.

“It will be an immersive experience for passengers. The mock-up will look exactly like the trains we’re going to get in 2022. It’s a chance for people to give us their views on the designs. We expect there to be a huge amount of interest in this and we will announce dates and venues in the summer.”

Stadler is building 42 new trains to replace the entire existing Metro fleet, and the new stock should be fully rolled-out by 2024.

The value of the contract between Nexus and Stadler, which also includes the building of a new depot in Gosforth and the maintenance of the fleet for up to 35 years, is estimated at £700m.