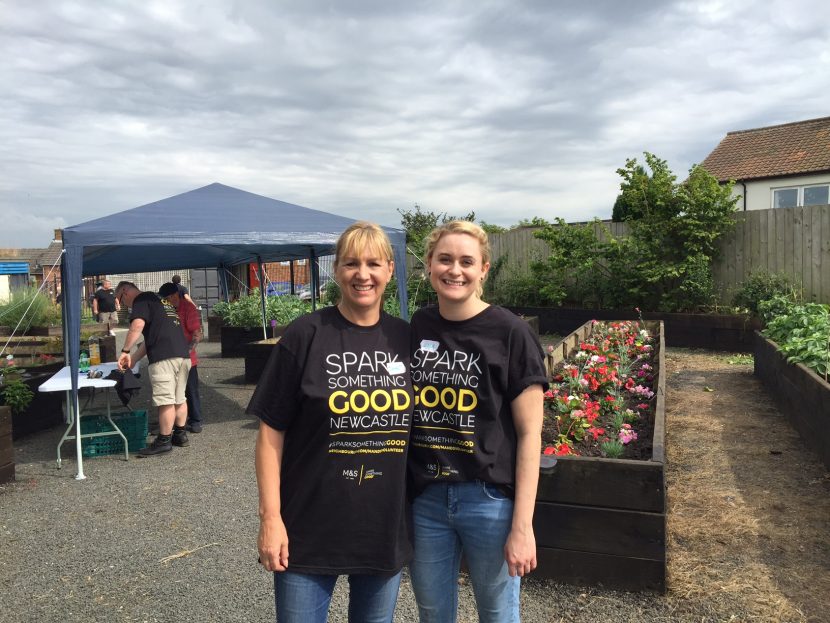 STAFF from intu Metrocentre and intu Eldon Square have been hard at work transforming areas of the North East, as part of Marks & Spencer’s Spark Something Good™ campaign.

The Spark Something Good™ campaign was launched by Marks & Spencer as a way for their workers, stores and customers to make a real difference in their community.

And intu staff were keen to get involved, as both centres were joined by their Marks & Spencer staff and members of the local community to work on their chosen projects.

The intu Metrocentre team of volunteers spent their day painting and planting flowers in the garden on Wednesday (July 20), to create a colourful and welcoming garden area for the Silverline Memories charity, who offers places to go and things to do for people with dementia in the North East.

intu Eldon Square has also been heavily involved in the Marks and Spencer Spark Something Good™ campaign, as staff members from the centre worked with people from the local community on Tuesday (July 19) to smooth, paint and varnish the commemorative benches in Eldon Green and plant in the square’s open spaces, ensuring the area is rejuvenated in time for NE1’s popular summer movie screenings which run from July 25 to September 4.

For further information on intu, go to http://intu.co.uk/