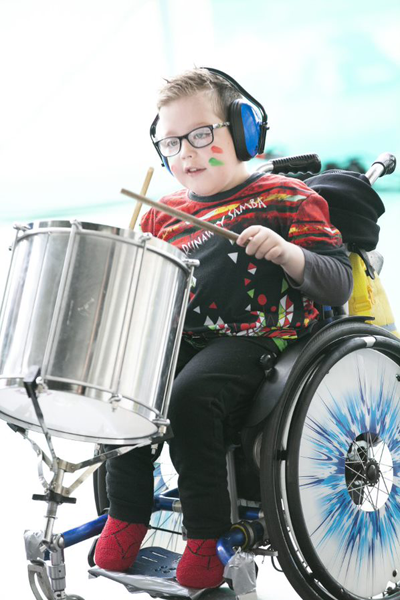 Sage Gateshead is appealing for votes after reaching the finals of the 25th Birthday National Lottery Awards – the search for the UK’s favourite ever National Lottery-funded projects.

More than 565,000 National Lottery grants have been awarded since 1994, the equivalent of around 200 life-changing projects in every UK postcode district helping to strengthen communities, deliver sporting success, protect the environment, unleash local creative talent and look after the elderly and those at risk.

Sage Gateshead is competing in the Best Arts, Culture & Film category.  They beat off stiff competition from more than 700 organisations to reach the public voting stage in this year’s National Lottery Awards, which celebrate the inspirational people and projects who do extraordinary things with the help of National Lottery funding.

The project with the most votes will be crowned the winner and receive a £10,000 cash prize, an iconic National Lottery Awards trophy and attend a star-studded glittering awards ceremony to be broadcast on BBC One in November.

Sat on the banks of the River Tyne, Sage Gateshead is one of the most striking and vibrant buildings in the North East – a symbol of the transformation in fortunes of Gateshead over the last 15 years. It is a music centre which is deeply rooted in the North but with an international profile, bringing Gateshead to the world and the world to Gateshead.

Managing Director Abigail Pogson says winning a prestigious National Lottery Award and having their work showcased on national television would be an honour.

To vote go to lotterygoodcauses.org.uk/awards.  You can also follow the campaign on Twitter: hashtag #NLAwards. Voting runs from 9am on 24 July until midnight on 21 August.

The award categories reflect the main areas of National Lottery funding: heritage, sport, arts, culture and film, community and charity, sporting legend which will be decided by a public vote alongside lifetime achievement, young hero, special recognition, and twelve local legend awards, which will be selected by a panel made up of representatives from the National Lottery family.

The first National Lottery draw took place on 19 November 1994.  The 25th birthday is a moment to celebrate the extraordinary impact The National Lottery has had on the UK and, most importantly, to say thank you to National Lottery players for contributing tens of millions of pounds every week to good causes.