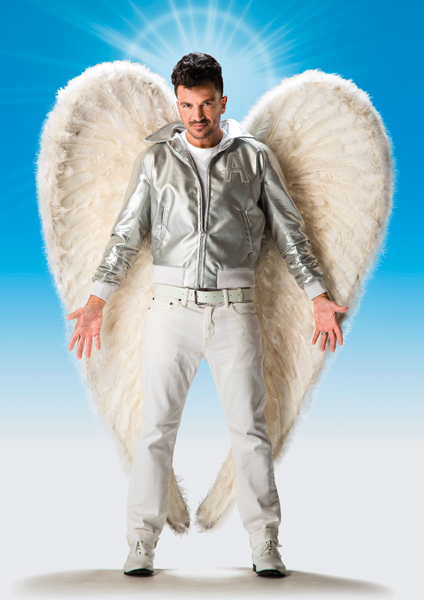 The world’s best-loved musical is back with PETER ANDRE as TEEN ANGEL! So reignite your passion and get ready for an explosion of summer loving! With its phenomenal score, bursting with hits including Summer Nights, Greased Lightnin’, Hopelessly Devoted to You and You’re the One That I Want.

After a whirlwind summer romance, leather-clad greaser Danny and girl-next-door Sandy are unexpectedly reunited when she transfers to Rydell High for senior year. But can they survive the trials and tribulations of teenage life and find true love once more?

The 1978 film adaptation starring John Travolta and Olivia Newton John, when adjusted for inflation, is the highest-grossing live action musical of all time and celebrated its 40th anniversary last year.

Choreographer Arlene Philips said, “I’m so thrilled to have the opportunity to choreograph a new production of GREASE. This new production is going to be edgy, vibrant and certainly takes a new look at this very exciting musical. The cast are incredible, many of them fresh out of college and ready to burst onto the stage.”

Special guest artist, Peter Andre will play Teen Angel at Sunderland Empire. Peter Andre is known for his successful music and television career and became the sixth highest selling artist in the UK in the 1990s with hits such as Mysterious Girl, Flava and I Feel You. He had numerous number one hit singles, two number one albums and has toured all over the world, collecting a multitude of national and international awards. Peter’s many TV shows and appearances, include his reality show Peter Andre: My Life, 60 Minute Makeover and the third series of I’m a Celebrity… Get Me Out of Here in 2004.

GREASE originally opened in Chicago in 1971, followed by a move to Broadway in 1972, where it received seven Tony Award nominations, including one for Best Musical. During the show’s eight-year run, at the time, little known actors, including Peter Gallagher, Patrick Swayze and John Travolta, all appeared in the production, with Richard Gere understudying many roles before going on to star as Danny Zuko in the 1973 London premiere.

GREASE is directed by Nikolai Foster and choreographed by Arlene Philips, with designs by Colin Richmond, orchestrations and musical supervision by Sarah Travis, lighting design by Guy Hoare and sound design by Tom Marshall.