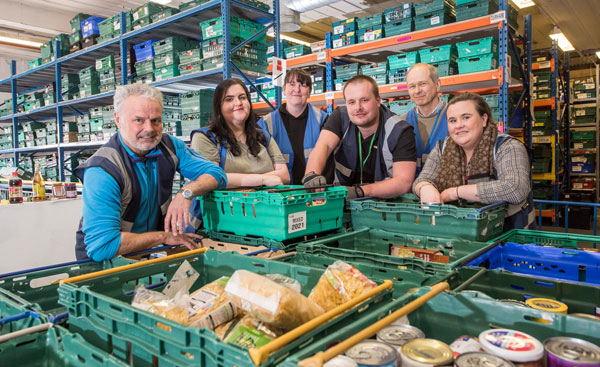 The Community Foundation has released its latest Vital Signs report focusing on why families are going hungry in North East England, and what local people and businesses can do to make a difference through giving and philanthropy.

With rising costs of living, the report states low income is a major issue for the region with the number of food parcels distributed by Trussell Trust foodbanks in the North East on the rise.

Mark Pierce, Director of Community knowledge and Funding at the Foundation says:

“The North East is particularly vulnerable to a rise in food poverty as we have a relatively weak regional economy which is characterised by a predominance of low-paid employment.

“People in food poverty are unable to afford to eat properly. At the Community Foundation we support a range of local projects which are making a difference, including foodbanks, breakfast clubs and schemes that redistribute unsold food.

“Philanthropy cannot solve food poverty, but our Vital Signs report will enable donors from all walks of life to support more of these community groups who help those in need.”

“The Vital Signs report definitely reveals the right issues as to why people are in food poverty, which can impact anyone.

“We see a mix of reasons that bring people to the foodbank, but the group that’s growing the largest is people on low incomes, not getting enough income to cope with any sort of financial crisis that might come along.”

Holiday hunger is another major issue, with 132,000 children living in poverty in the North East. For families, the school holidays can be a time when food quality/amount is reduced due to the loss of free school meals. Holiday hunger exacerbates the educational attainment gap between poor children and more affluent peers and can decrease the confidence of young people. The Community Foundation says people and businesses can make a difference through philanthropy which supports playschemes that ensure that children are fed at least once per day, with learning and physical activities too.