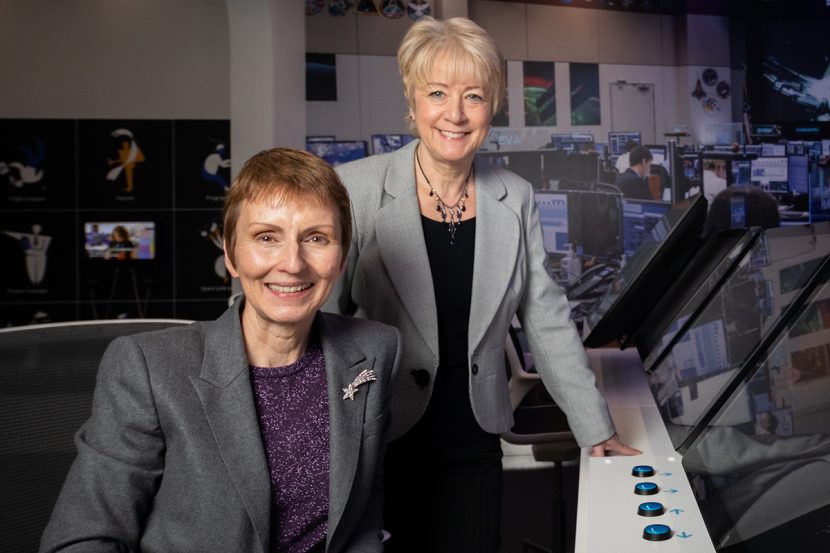 Following an inspirational talk to 200 local school children, the event culminated in a mock rocket launch, with Helen pressing the button that fired up the indoor fireworks to the delight of gathered funders and some of the 150 scientists and experts who helped to develop Space Zone.

Helen Sharman became the first British astronaut in May 1991 when she launched on a Russian Soyuz spacecraft and spent eight days orbiting the Earth, living and working on the MIR Space Station.

She had been working as a chemist when she heard an advert on her car radio to apply to become an astronaut. More than 13,000 people applied.

Helen said: “Seeing the Earth from space, it is obvious how everything is interconnected. That made me realise how important it is that society debates responsibly how to use science, and the need for a population which is science literate.

“Visitors to the Space Zone at Life Science Centre have a truly wonderful resource to learn about the science of life, that will help to create a brighter future for everyone and enable us all to really enjoy being part of this vast and beautiful Universe.”

Space Zone is a 600m2 permanent exhibition that taps into the excitement that surrounds space. The exhibition covers a wide range of topics in four distinct sections: Space and Society, which looks at how we already use space technology in our everyday lives; Mission Control, which brings the excitement of Houston to Newcastle and gives visitors the opportunity to step inside a mock-up of part of the International Space Station; Solar System and Beyond; and the Sphere, a 1.5-metre-wide digital globe that can display a space-eye view of planetary bodies.

At the launch event, Linda Conlon, Chief Executive of Life, said: “There is an enormous variety of space careers in the UK and one of the main purposes of our exhibition is to get young people thinking about how they might aspire to be part of that.

“We have our fair share of challenges in the region, with lower levels of attainment in science than national average. Life is also situated very close to some areas of extreme social deprivation where kids don’t think that science is for them, let alone a career linked to something as exciting as space science. So, we have a big job to do, and this new Space Zone is going to help us do it.