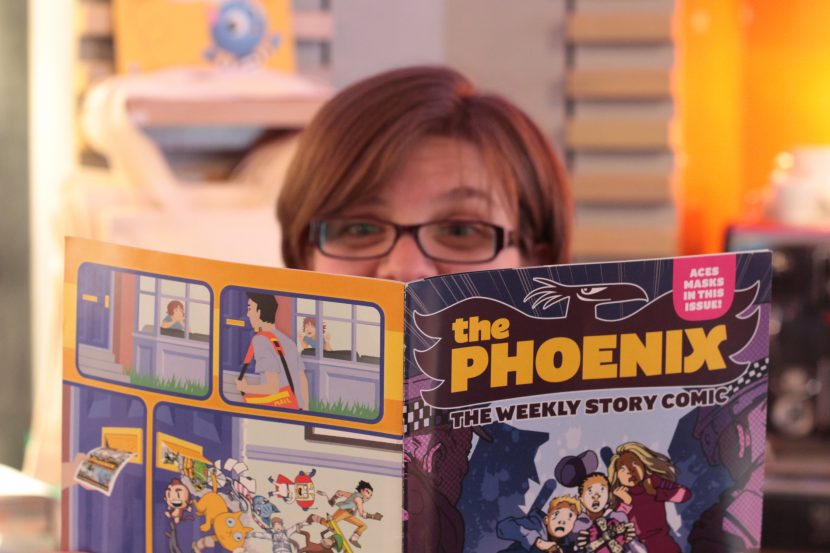 On 21 July, Seven Stories, The National Centre for Children’s Books in Newcastle – launch their brand-new exhibition celebrating the creativity of comic book art. Gathering together an eclectic mix of original iconic comic art, alongside work by current children’s comic makers, this colourful family-friendly exhibition will run for a year before embarking on a countrywide tour.

The interactive exhibition will immerse young people and comic book fans of all ages in the stimulating and imaginative world of children’s comics before providing them with an opportunity to create their very own settings, characters and stories using playful props and costumes.

Visitors will also have the rare opportunity to see influential British comic icons such as Desperate Dan and Dennis the Menace as they were drawn in the 1940s and 50s, along with old friends Oor Wullie, Minnie the Minx and Roy of the Rovers.

Other famous characters being featured include Captain America, Wonder Woman, Superman and Hulk as drawn by Ian Churchill, the British artist and producer of comics for America’s two largest comic corporations – Marvel and DC comics.

“Getting into comics is a great way to unleash your inner creativity. You can see from the amazingly diverse artwork on display in the exhibition that there are no limits – your story can go anywhere!

“It is thrilling to have been able to bring together artwork for such stars as Dennis the Menace and Superman. The skill and dedication of British comic artists through the years is truly inspirational.”

Just some of the fun, hands-on activities around the gallery include a random word generator, character creator, a giant roulette spinner to select comic settings, and a host of props, objects and special devices to inspire and create comic ideas. Visitors are also welcome to pull up a chair to read and share comics from Seven Stories’ very own comic book newsagent.

Throughout the opening weekend (22-23 July), families are invited to take part in fancy dress competitions, with the chance to win copies of top comics including The Beano and The Phoenix.

Exhibition supported by Wood Group and the Garfield Weston Foundation