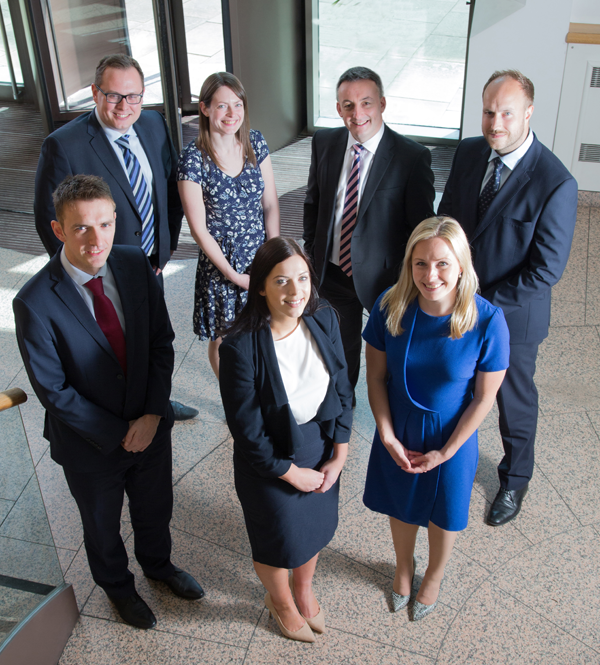 National law firm Bond Dickinson has promoted 11 of its people to Associate. Seven of the newly promoted Associates are based in the firm’s Newcastle office.

Kevin Robertson, Partner and Head of Bond Dickinson’s Newcastle office said: “Our firm is committed to the development and success of our people. All of those promoted have been recognised for their professionalism, talent and the excellent service they provide our clients.

“Our recent promotions show how committed Bond Dickinson is to the North East region where we have a fantastic portfolio of clients.”

Bond Dickinson is the largest and most active law firm in the region, employing over 500 people. It is the only law firm to be listed in the 2016 North East Top 200 companies. The publication of this year’s Chambers and Legal 500 rankings firmly positioned Bond Dickinson as the pre-eminent law firm in the NE. The office was ranked in 15 practice areas by Chambers, 13 of which were band 1, the highest ranking available. Chambers also ranked 36 lawyers as band 1. Quotes in the directory included: “They’re the best in Newcastle by a mile” and “They’ve got the local touch and corporate strength.”

The Legal 500 rankings, published in September, ranked the Newcastle office as a tier 1 firm in 21 practice areas, in 8 of these areas Bond Dickinson was the only tier 1 firm. 10 leading individuals were listed as leading with an additional 53 lawyers named as recommended lawyers.