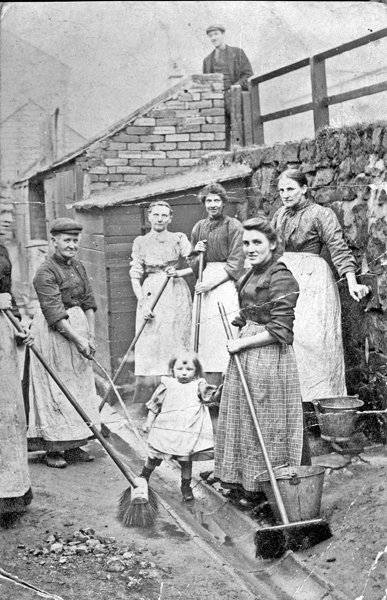 Inspirational tales of women whose spirit and determination shone through in north east mining communities are being sought for a County Durham art exhibition.

Residents across the region are being asked to delve into their family archives for stories and pictures of women of the 1800s, whose strength and fortitude enabled them not only to survive but to make their mark on society.

These personal histories will be used as part of an upcoming exhibition at the Mining Art Gallery, Bishop Auckland, shining a light on the often overlooked role of women in coal mining communities.

As miners worked in dangerous conditions, their families lived in constant fear of pit disasters and the risk of losing not only a loved one, but also their breadwinner. The family home was provided for colliery workers, and if the man of the house was injured or killed, that house would often be taken away.

Many women prepared against this by taking in washing, mending and dressmaking to protect the family’s finances. In one particular case a woman supported her family single handed by setting up a hardware shop in the front room of her home.

Some women took this tenacious spirit to rebel against injustice. In 1872 miners’ wives of Durham and Northumberland organised a protest against the high prices charged by local butchers. This ‘anti-meat agitation’, as it was known, was successful and communities across the country were inspired to organise their own protests as a result.

Angela Thomas, Curator at Mining Art Gallery, said: “The women in north east mining communities were strong, they were fiercely determined Everything they did was to protect and provide for their men and their children. We are looking to tell their story.

“There will be countless more examples of tough and irrepressible women in coal mining communities, we’d like to highlight as many as possible”.

Stories, anecdotes and photographs of strong women in the north east’s Victorian mining communities can be submitted to The Auckland Project by emailing angela.thomas@aucklandproject.org, by Friday, 31 August.

Where possible, these contributions will feature in a temporary exhibition at Mining Art Gallery later this year, with full details to be announced soon.

Mining Art Gallery, part of The Auckland Project, is open daily from 10am-4pm. Entry is priced at £5 for adults, £4 concessions and £1 for under-16s. For more information visit: aucklandproject.org/Mining-Art-Gallery or call 01388 600 577.